In the previous post I take a short hop across the Yellow Sea from Seoul in South Korea to Fukuoka in Japan.

I spend the day seeing the sights of Fukuoka before heading back to the airport in the late afternoon. Fukuoka is by far not the most interesting city in Japan from a tourist perspective. But the city is very nice and the people of Fukuoka are certainly among the nicest I’ve encountered on my many trips to Japan!

GETTING TO THE AIRPORT

At around 16h00 I decide it is time to head for the airport. I still have loads of time to kill until my 18h30 departure. But I am simply too exhausted from all the walking to do anything else. It is a ten minutes walk to Hakata Station, from where I catch the Metro line number 1 for the two stops to the airport. With a journey time of only five minutes, this must really be the airport closest to any city centre I have ever visited. 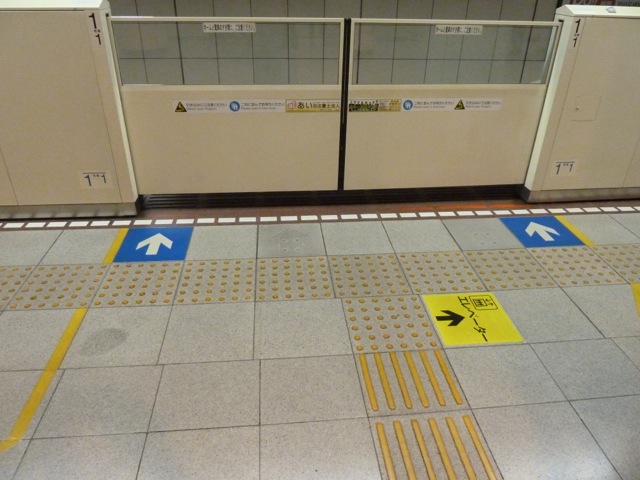 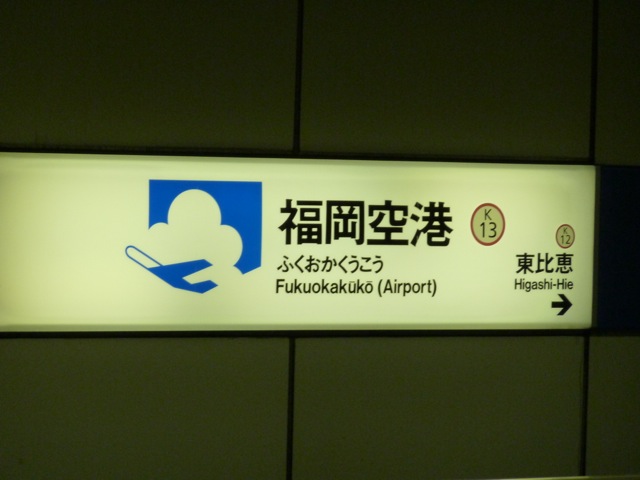 Check-in at one of the self-service devices is out of the question for me, as I have none of the information required to avail myself of the service. 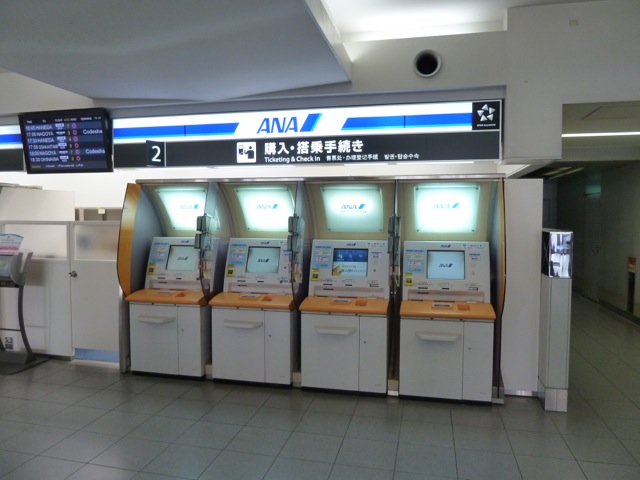 So I head over to a check-in counter, where a friendly check-in agent welcomes me. She takes my passport and starts hammering away at the keyboard. After about five minutes of typing, she asks to see my e-ticket number, types some more and eventually informs me that I have 22H, an aisle seat on the right side of the plane on a row of two. She then proceeds to print my first boarding card for this flight. This one is green.

From check-in I head one floor up to security. You pick up a basket and place all your belongings into that. Before you put your things on the conveyor belt, you must scan your boarding pass. Subsequently the machine will print a second boarding card. This one is white and printed on flimsy cashier receipt type paper. Nobody wants to see it, so I’m not sure what it’s for.

There is even a domestic ANA lounge here. It is surprisingly large and beautifully finished in what I would refer to as Japanese minimalist design. It is very nice. Food options are limited to packets of Japanese crackers and the drinks selection is limited. But is serves its purpose and the sofas are comfortable enough. 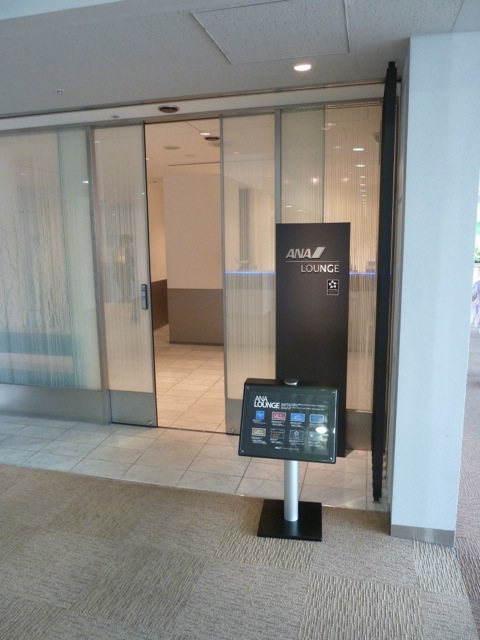 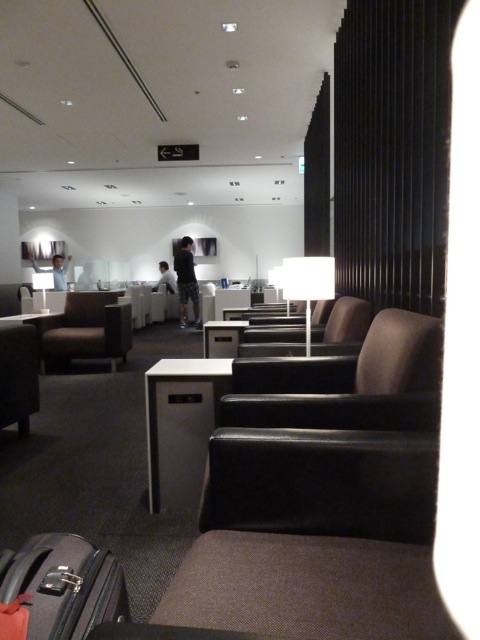 Cold spinach juice. I think I’m going to be sick.

About thirty minutes before departure I figure boarding is about to begin, so I leave the lounge and make my way to the gate.

Boarding is somewhat cumbersome, to say the least. What ever happened to Japanese high-tech and efficiency? There are four attendants staffing the counter and to be honest, I do not think they are quite sure what they are all supposed to be doing there either. One girl is making the announcements, to which all of them bow, while another shows us how to put the boarding pass on the scanner using an oversized cardboard model of the scanner and a huge plastic boarding pass. To watch her one might easily think she is playing to an audience of kindergarten kiddies. Another one wheels a sign to the front of the gate and flips it from ‘service’ to ‘pre-boarding’, to ‘premium boarding’ before eventually an announcement is made that general boarding has started and the corresponding sign is flipped to ‘general boarding’. As I pass the gate and scan my green boarding card, a third one is issued, this time a pink one, which is subsequently handed to me by one of the four gate attendants. What on earth is the point of having self-service boarding anyway, and what’s with the three boarding passes in different shapes and sizes?

But apart from all this,  like everything in Japan, boarding a plane is an orderly affair. Standing by the entrance to the plane, there is another ANA employee, this time one of the James-Bond-You-Only-Live-Twice-With-A-Crash-Helmet-On variety, holding up a sign that explains which seat numbers are on which aisle.

The cabin looks well maintained. Only the old angular overhead bins betray the real age of the aircraft. The distribution of passengers in the cabin is strange. The forward Economy Class cabin is packed, while the rear Economy Class section is only full in the front part. Towards the back there are much less passengers and there are quite a few rows in between the two aisles that are empty.

Later on, as soon as the fasten seat belt sign is turned off after take-off, I walk towards the back of the plane, originally with the intention of going to the loo. That is when I spot 36A, a window on the left side of the aircraft and above all, behind the wing. So I quickly return to my original seat, grab my belongings and change seats. Brilliant, total bliss in fact!

The airport is quite busy at this time of day. We taxi to the threshold of the active runway where we wait for an arriving Hawaiian Airlines B 767-300 before it is our turn to line up and depart.

There is not really very much to say about this flight in terms of service. The crew seem pleasant enough and take their job, especially the safety bit, very seriously. No more, no less.

Catering on this flight consists of drinks only. Luckily I bought myself a couple of sandwiches on my way to the gate. There is also a menu with buy on board items. But when the cabin attendant reaches my row, it turns out there is no food for purchase at all in Economy Class on this flight. But at least the drinks are for free. I am not quite sure what to make of all this, but thanks for the free apple juice anyway. 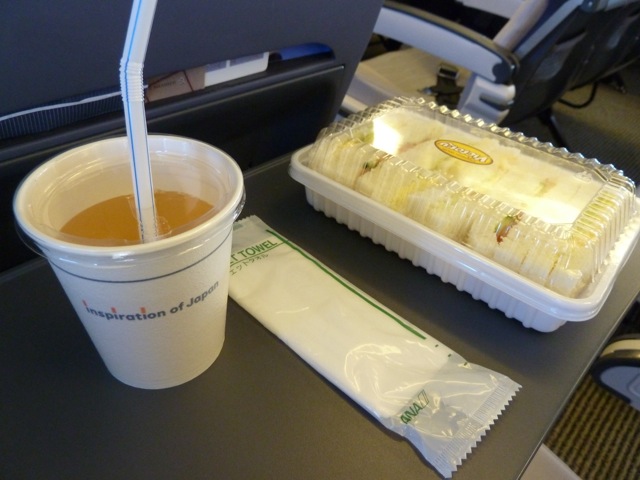 I spend the rest of the flight watching the lovely views outside until eventually the sun sets and we are surrounded by darkness. 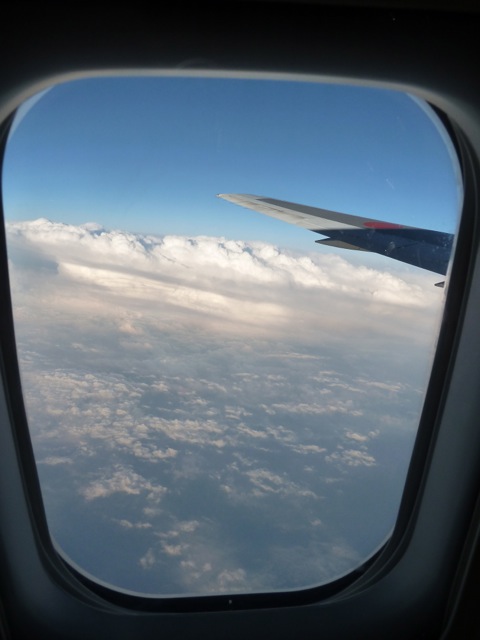 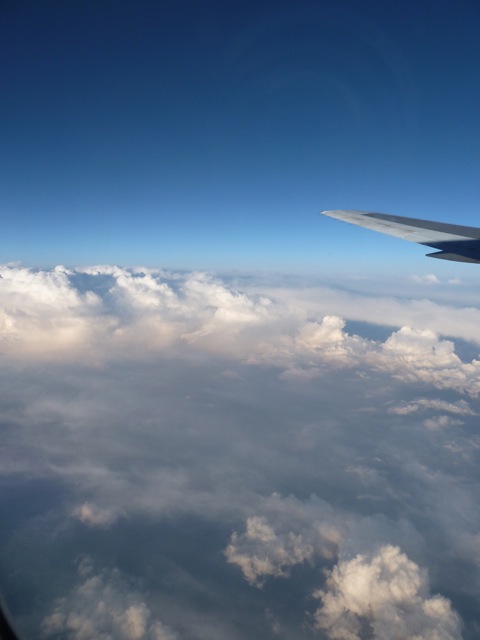 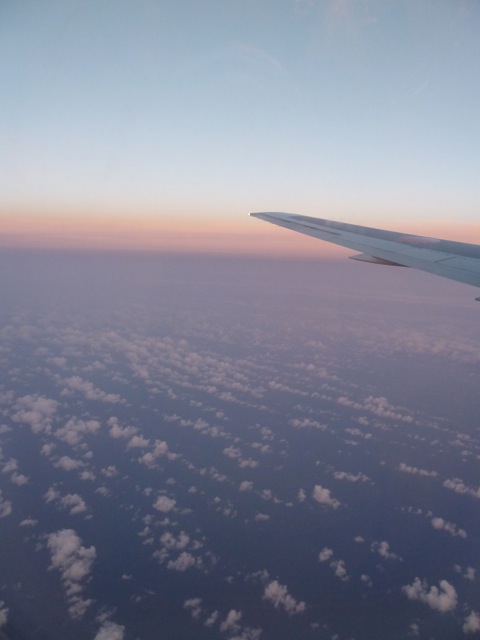 By the time we are approaching Naha it is nearly 20h00 and pitch dark. Further more, the crew do not dim the lights for arrival, despite the darkness outside, making photos perfectly impossible.

Naha airport is a mid-sized facility with a large domestic terminal and a minute international one.

In the arrivals hall there are these containers for you to dump your baggage tags.

GETTING IN TO TOWN

Well, strictly speaking I am not going into town. I am heading for Manza Beach, about a one hour’s drive away from the airport. During the low season, now, the last bus leaves Naha airport for Manza at 15h00, long before my flight had even left Fukuoka. So I have no other choice but to pay the EUR 70 for a taxi.

This concludes this review. I like the ANA brand and I like the Japanese way of doing things. The aircraft on this flight is in mint condition and the service provided by the staff is faultless. However, I also have to say that I am somewhat taken aback by how complicated and cumbersome flying domestic in Japan is. Three boarding passes is simply pointless, as is having a pro forma automated boarding process if you have to show your boarding pass and passport to an attendant again anyway.

I spend a nice couple of days in Manza, either reading or lounging by the beach. The Manza Beach Intercontinental Hotel is a pleasant place to stay. It’s also an interesting experience to watch Japanese tourists on their home turf. 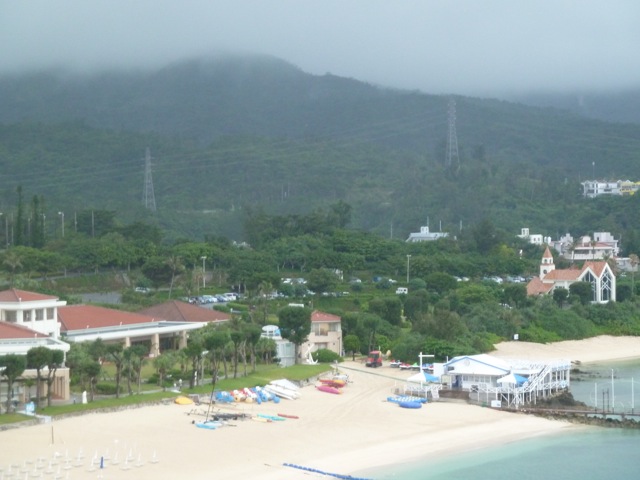 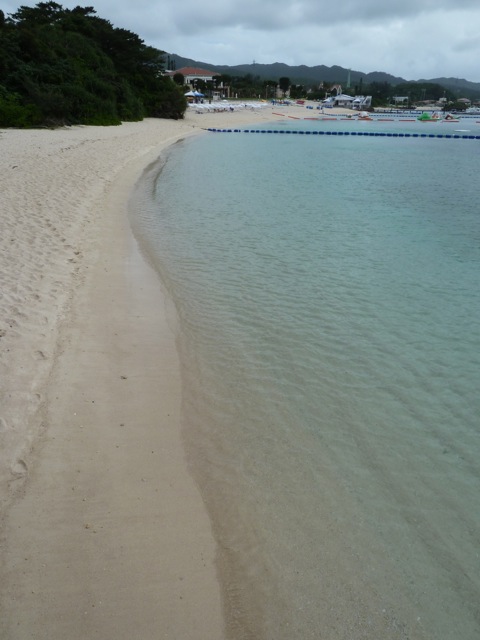 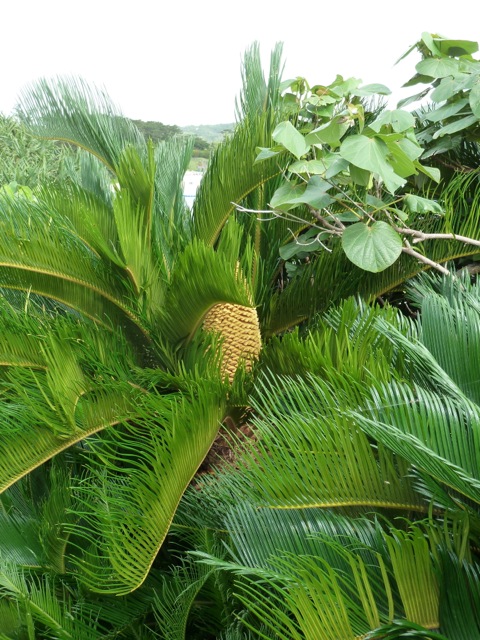