Posted on December 2, 2012 by knightofmalta

Changing planes in Hong Kong is a painless affair, even more so because passengers are only required to remove laptops from their bags. Their liquids and other toiletries can stay in the bag. I don’t have to take off my belt either.

Once I’m through security I head one floor up to departures and have the agonising decision to make as to which lounge I want to visit. I settle on The Cabin, mainly because it’s closer to my departure gate than the wing. Also, I visited The Wing lounge a few years back when I was flying back to Zürich from Hong Kong with Swiss.

The lounge is not very full when I arrive. Even so, I decide to turn to the right, where there is a smaller lounge area that is much more intimate. This part of the lounge only has a small bar, the food is in the other part. As a result most people tend to congregate in that corner of the lounge where all the grub is. I have nearly three hours to make my connection. So I spend my time reading emails and catching up on work. 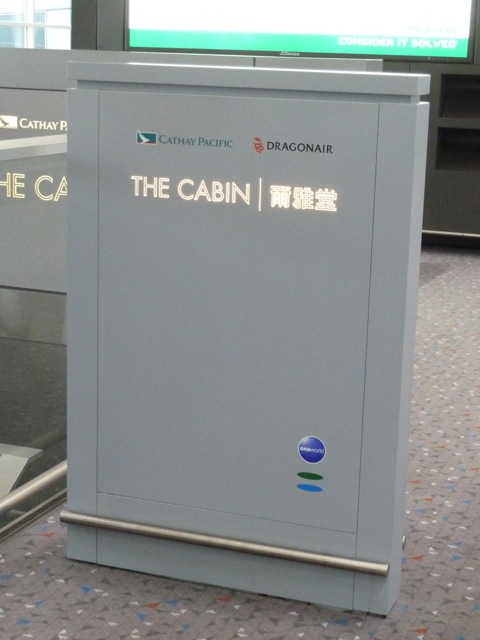 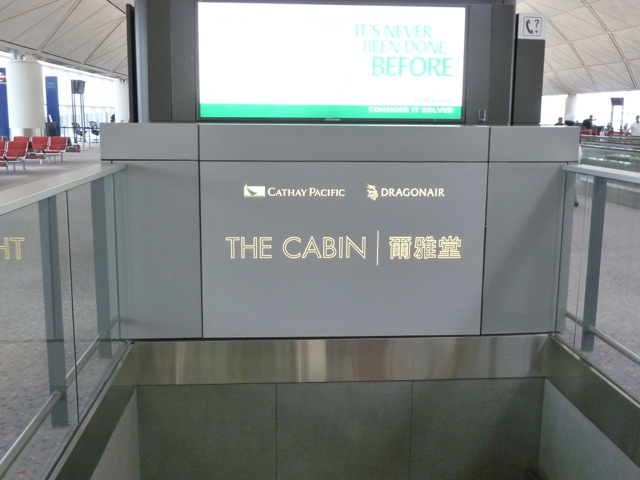 The view from where I was sitting in the lounge.

Boarding for the flight starts on time, thirty minutes before departure. Eventually though, we end up leaving with a delay of 15 minutes because of three missing passengers whose connecting flight arrived late. But the flight time is shorter than scheduled, so we still manage to arrive in Bangkok on time.

On my way to the gate I see this big girl getting ready for departure.

The cabin on this bird is quite a contrast to the one on my previous flight. First of all, judging by the old overhead panels and bins, the aircraft has already been in service for quite a while. It also still has the old regional Business Class seat which – although very comfortable – is starting to look its age. At the time I made the booking, the seat map indicated that the flight would be operated by an aircraft with a 1-2-1 configuration. This bird however, has a 2-2-2 configuration. But at least the empty seat fairy does her magic again and as the doors close I am one of the few passengers again who has nobody in the seat next to me. 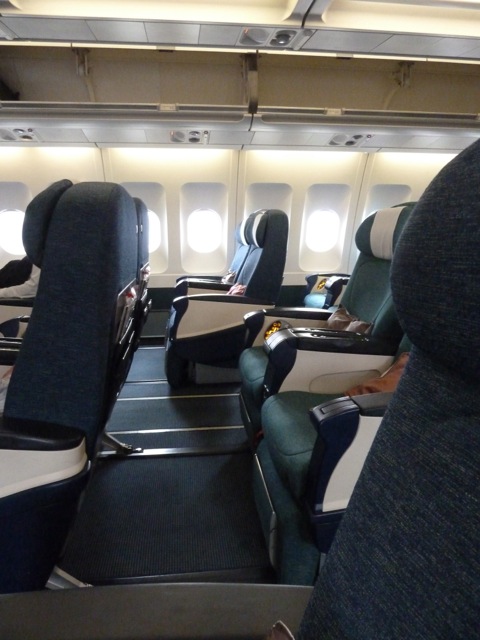 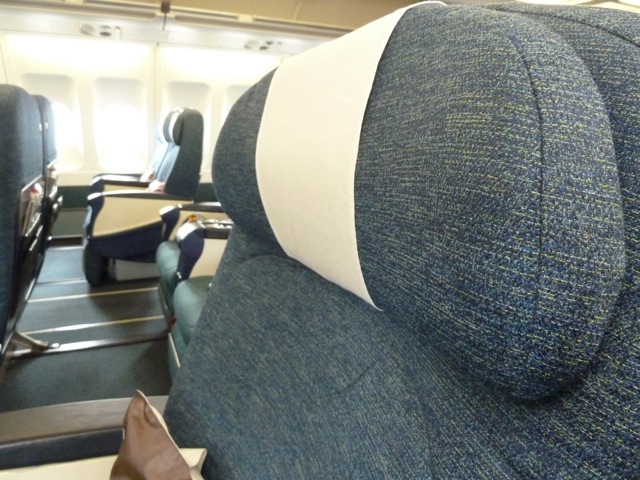 Does it get any more retro than this?

While we’re still on the ground, the crew first distribute blankets and earphones. Next come more hot towels, followed by a selection of welcome drinks. Again I choose the Oriental Breeze, which I think I could drink until it’s coming out of my ears. 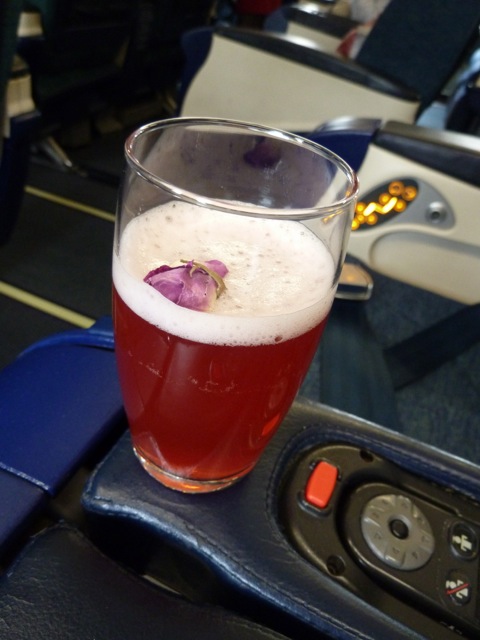 The crew also distribute landing cards for Thailand, together with a voucher for the premium fast track at Suvarnabhumi airport, which in my case is of no use as I have to obtain a visa on arrival anyway. But I jump ahead. 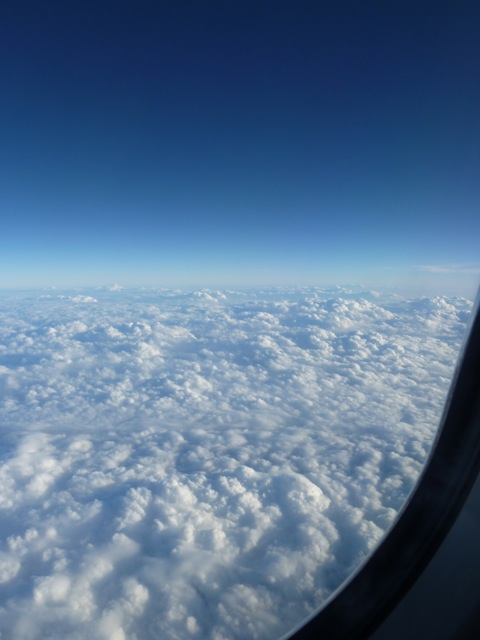 Once we’re airborne it takes the crew quite a while to get the show on the road. We start with another drink round and again I have an Oriental Breeze.

There are no nibbles with the drinks. Shortly after, my meal tray arrives. On it there is a small salad with a few shrimps that have been marinated and cooked with curry. The salad is served with a balsamico vinaigrette. With the salad I have two slices of crunchy garlic bread. 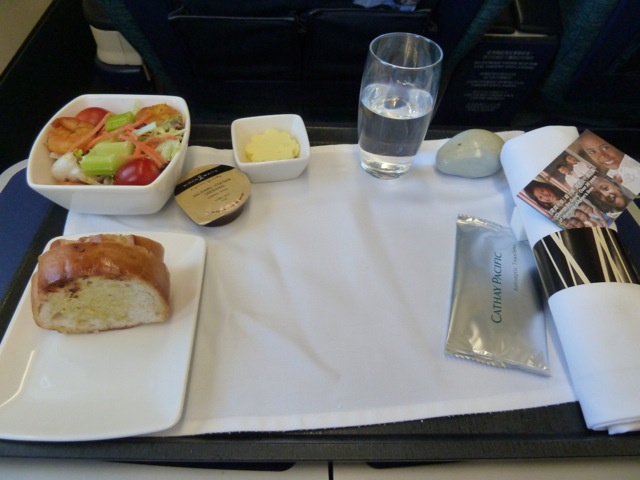 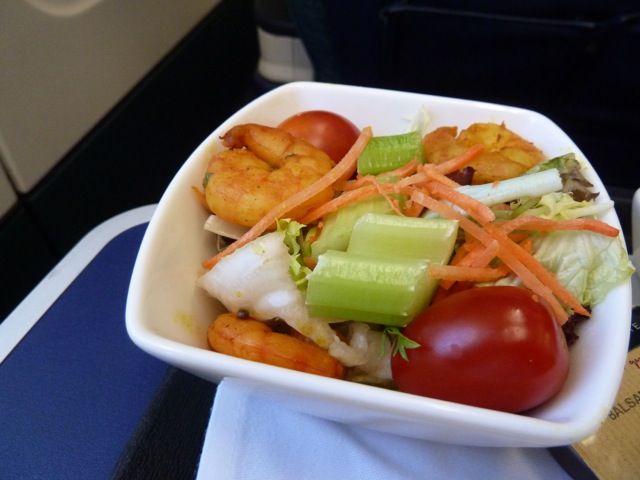 One thing that strikes me about Cathay Pacific is that they serve you a glass of still water with the meal, whether you ask for it or not. It’s a nice touch actually.

There are three choices for the main course. I choose the agnolotti pasta filled with eggplant and bell peppers and served with a basil and tomato sauce and parmesan shavings. The main dish really is superb and the pasta is just right. Very often they don’t get the pasta right on planes and end up cooking it to death until the edges are all hard. But not so here.

For dessert we have Hägen Dasz ice cream – cookies and chocolate ice cream.

The meal ends with a cup of coffee and a praline.

By the time the meal is over I’m feeling rather drowsy, it’s been a long journey. So I just lean back, cover myself with the blanket and doze off until the cabin is prepared for landing. 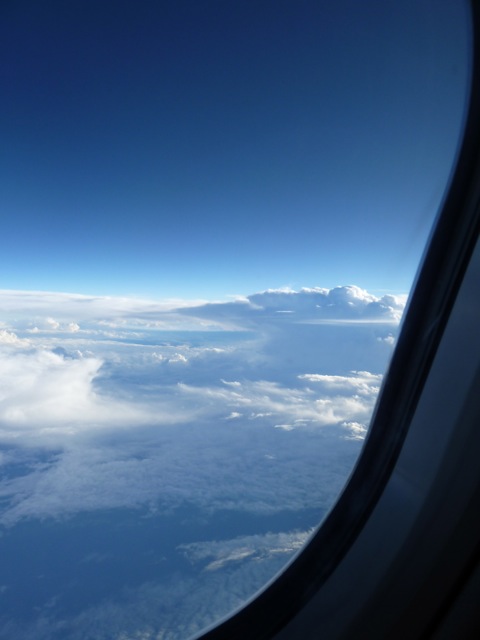 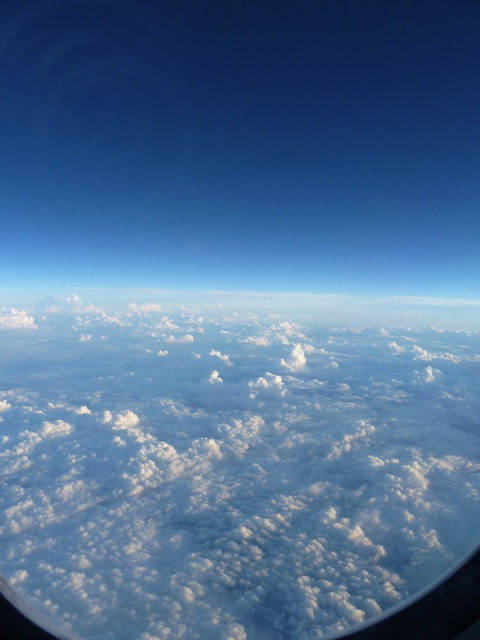 As I mentioned before, as a Maltese national I am required to obtain a visa on arrival for Thailand. The procedure it pretty straight forward, but I have the misfortune to be queuing behind a larger group of tourists from some Asian country. As a result it takes me about 30 minutes to clear immigration. And then, once I’m through I go one floor down, grab a taxi and head for the hotel.

I greatly enjoyed these two flights with Cathay Pacific. I think they have a very solid product in Business Class. I particularly like the hardware on the B 777-300 because of the high level of comfort and privacy the new Business Class seat offers. The crew are a further strong point in Cathay Pacific’s favour, they were all very competent, friendly and polite. I think I prefer the Cathay Pacific crews to those of Thai Airways for example because they are much more approachable and not so robotic.

I spend four nights in Bangkok before returning home via the same routing. I arrive back in Basel on Sunday, 02 December 2012. Two days later I’m off again, this time on a business trip to Montreal for one night with KLM.